Is Muay Thai Good For Self Defense? 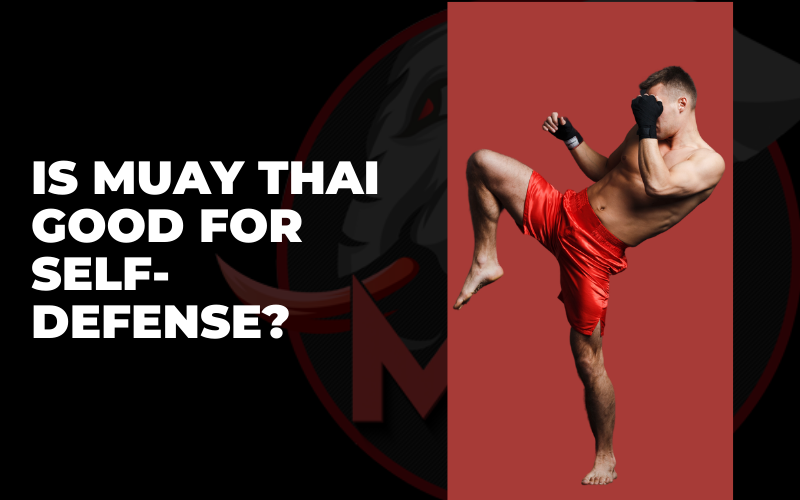 Muay Thai, which translates to “Thai Boxing”, is the national sport of Thailand. It is a martial art with roots originating from military use dating back to around the 13th century during the time of the Sukhothai Kingdom.

Today, Muay Thai is practiced and competed not only in Thailand but also all around the world. But, is Muay Thai good for self-defense? First, let’s go back in time and learn how Muay Thai was used back in the day.

In 1238 (Buddhist years), the first Thai army was founded in Sukhothai, Siam’s capital. Many conflicts between neighboring indigenous peoples and kingdoms generated a need to defend the nation’s capital.

Soldiers were subjected to rigorous physical and mental conditioning, as well as weapons training. This was later adapted into Muay Thai and Krabi Krabong.

The martial arts were ingrained in Siamese culture from the beginning, owing to their ancient roots. This is where Thailand’s first Muay Thai camps were established, and many young men came here to train and learn self-defense, exercise, and discipline.

As Muay Thai grew more popular among the working and non-elite, it became an essential component of high-class and royalty. The notion was that a great warrior inspired courageous rulers who would prepare them for future leadership of the kingdom.

During the first global conflict, Muay Thai was introduced to Europe and the rest of the world. Thai soldiers were posted in France, and their commander would arrange Muay Thai fights to boost the troops’ morale. French boxers frequently took part in and contended against Thai boxers.

The rudimentary components that established Thai Boxing as a fighting style were emerging. Techniques became more precise and distinct as they were trained, conducted, fought, and lost life. The objective of each striking and movement is to deliver a debilitating blow that allows the fighter to defeat his opponents rapidly without himself being exposed to an assault.

As a result, the soldiers and fathers taught their pupils and sons about the principles of attack and defense, correct posture and positioning, as well as skills for increasing awareness. Those students and sons went on to educate their children, from there laying down the basic components that make up Muay Thai today had become a permanent foundation.

Muay Thai was originally developed as a self-defense technique in an era when knowing how to defend oneself and one’s family was critical. Soldiers were taught how to combat for their nation using Muay Thai, and many succeeded. But, today, can Muay Thai assist you? 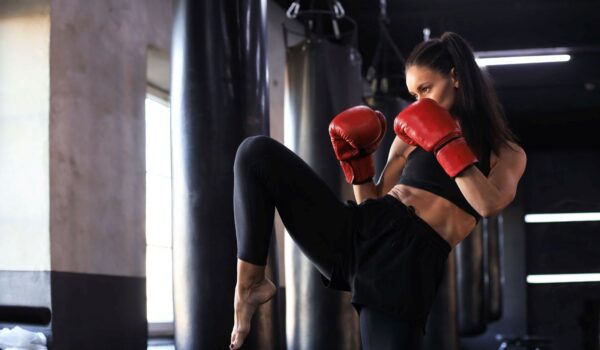 There has been a recent focus on empowering individuals with the capability to defend themselves against real-world issues such as child bullying, violence against women, and the many threats on the street. Many people have adopted martial arts to acquire self-defense abilities.

Muay Thai is a self-defense art that most people believe is primarily used as a self-defense technique because of its indisputable efficacy. But, how effective is it in reality?

The legs and knees evolved into the axe and staff, with hands as sword and dagger; shins and forearms were hardened in training to serve as armor against blows, while the elbow was used to smash opponents like a hefty mace or hammer. The unified body worked as one unit. The knees and elbows were on the move, constantly looking for an entrance to deal a killing blow while grappling with and attempting to spin an opponent to the ground for the kill.

The ability to use Muay Thai’s many techniques in sequence allows you to build up quite a bit of power and speed, making it almost impossible for an opponent to defend against. Even attackers without any hand-to-hand combat training have a difficult time dealing with a Muay Thai expert’s complicated yet fluid striking.

In this comprehensive guide, you’ll discover how to throw spinning back elbows and flying knees, as well as the fundamental kicks and punches. Diversify your own offensive arsenal and learn to end disputes quickly and effectively. If you’re searching for a self-defense art that involves martial arts, Muay Thai is an excellent option.

The majority of Muay Thai’s striking arts are quick and powerful. Strikes are meant to deal instantaneous knockout strikes and disable opponents. A flying knee to the head, or a roundhouse kick to the kidney, is difficult for most people to withstand. Muay Thai includes several weapons like this.

Improved striking technique, culminating in more powerful and speedier combinations. If you don’t have any prior knowledge or experience with combat, your opponents will have a difficult time defending against this sort of assault.

Furthermore, Muay Thai and similar disciplines give us the power and obligation to pick and choose our fights because we become more confident in our abilities. We can better diffuse difficult situations by knowing what we’re capable of physically; most of the time, we don’t even have to fight.

Real-world self-defense circumstances happen on the street and against potentially more than one opponent. Muay Thai teaches you to defend yourself against many simultaneous attackers using clever footwork, good defensive tactics, and a powerful offensive approach.

Muay Thai is a fantastic self-defense art. It’s a fantastic foundation for mixed martial arts if you wish to pursue that, and it’s a solid stand-alone fighting art in general.

Muay Thai will teach you how to judge distances and fight from a distance, as well as employ footwork to move opponents into advantageous positions. You may face several attackers by taking on them one at a time in this manner.

Of course, the ideal strategy in a fight where you are outgunned is to flee for your life. Muay Thai training will provide you with the skills necessary to select the safest route from any conflict.

So if you’re looking for a martial art that will give you confidence, protection, and a killer body, then Muay Thai is the sport for you. Not only will you feel and look amazing but you will also have the strength and courage that everyone needs when in life.